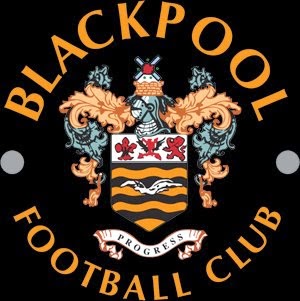 On 26 July 1887, Blackpool F.C. was founded in the town of Blackpool in Lancashire, England.

The club was created after a group of five individuals split from St. John's F.C., another club that had been in Blackpool for almost ten years. During a meeting of the St. John's players, the five argued that the club's name should be changed to reflect the name of the town. When the other members remained unconvinced, the five left the meeting and immediately formed Blackpool F.C. Shortly after, the remaining members of St. John's left that club to join Blackpool and St. John's shut down.


Blackpool were founding members of the Lancashire League, which played its first season in 1889-90. Blackpool won the league title in 1894, but soon after began to struggle and, in 1896, switched its membership to the competing Football League. They have remained in the Football League ever since, with the only exception being a return to the Lancashire League for the 1899-1900 season.


Blackpool were readmitted to the Football League in 1900 as a member of Division Two. Despite flirtations with relegation in the following years, they won the division in 1930 and were promoted to England's top flight over second-place finishers Chelsea. They lasted three seasons in the top flight before being relegated after the 1932-33 season.


Blackpool enjoyed their most successful period in the years following World War II, when they spent 21 consecutive seasons in the top flight from 1946 to 1967, finishing second in 1956 and third in 1951. It was during this period that they attained their greatest achievement to date, winning the FA Cup in 1953 with a 4-3 win over Bolton after being down 1-3.


The club began a slow decline in the 1970s and '80s, getting relegated to the Fourth Division from 1981 to 1985, then again from 1990 to 1992. An upswing in fortune saw them reach the Premier League for the 2010-11 season, but they dropped down to the Championship, England's second tier, the following season and have remained there since.
Posted by Brian Seal at 12:01 AM