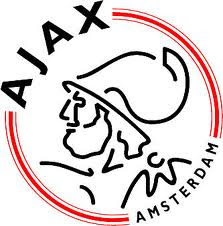 On 18 March 1900, AFC Ajax were founded in Amsterdam. They have since become one of the world's most successful clubs, pioneering total football and collecting a haul of silverware that includes 29 Dutch league titles, 18 KNVB Cups, and four European Cups/Champions League trophies.

Named after the Greek hero from the Iliad, the club's early days gave little sign of the greatness to follow as their first 10 seasons were spent in the Dutch second division. They won their first major trophy, the KNVB Cup, in 1917 and followed it with back-to-back league titles in 1918 and 1919. They enjoyed tremendous success through the 1930s and 1950s, but rose to even greater heights in the 1960s due to the combination of manager Rinus Michels and star midfielder Johan Cruyff.

Michels refined Ajax's style of play known as "total football" in which players shifted responsibilities based on the flow of the match. With Cruyff at its core, Ajax rose to European heights, winning three consecutive European Cups (1971, 1972, and 1973).

Ajax continued their success through the '80s, '90s, and 2000s. But while they continue to collect KNVB Cups on a regular basis, most recently winning it in 2010, they have not won a league title since 2004.