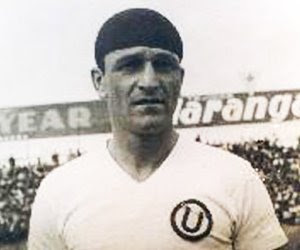 On 30 August 1953, forward Teodoro "Lolo" Fernández played in his last Peruvian Clásico derby, finishing as the rivalry's top scorer. It is only one of several scoring records held by Fernández.

During his tenure, Universitario played in 68 Clásicos, including league matches, cup competitions, and friendlies. During that period, Universitario won 34 and drew 11. In Fernández's last match, he scored a hat-trick to lead Universitario to a 4-1 win and reach his record of 29 Clásico goals. Despite the fierce rivalry, the Alianza Lima supporters applauded him as he left the pitch, perhaps grateful that their club would no longer have to face him in the derby.