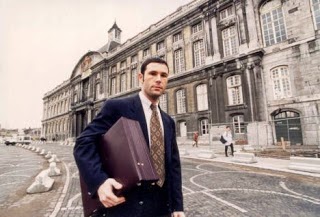 On 15 December 1995, the European Court of Justice issued its opinion in a trio of cases involving Belgian midfielder Jean-Marc Bosman (right). The decision rewrote the football rules governing transfers by allowing players out of contract to change clubs without a fee.Bosman initiated the legal action on 8 August 1990 by filing suit against his then-current club, RC Liège, because the Belgian club refused to allow his transfer to French second-division side US Dunkerque. Although Bosman was out of contract, Liège still owned his playing rights and refused the transfer unless Dunkerque coughed up a transfer fee of 1,200,000 Belgian francs, which the French club declined to do.

The European Court of Justice ruled that Liège's actions constituted an illegal restraint of trade prohibited by Article 39(1) of the EC Treaty. The court held that players out of contract were able to move between clubs without a transfer fee, provided they were moving between clubs in the European Union.


While the landmark decision opened the floodgates for footballer transfers, it came too late for Bosman himself, who, after short spells for lower-division sides in France and Belgium, was out of football by the time the court published its opinion.
Posted by Brian Seal at 12:01 AM