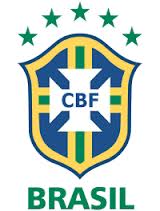 On 2 March 1998, 2-time winners Brazil started their third South American Women's Championship in style with a record 15-0 win over Peru.

The team had won both of the previous tournaments as hosts, in 1991 and 1995. During the latter, they set their record win, beating Bolivia 15-0 in the group stage, and were looking to repeat that success when Argentina hosted it in 1998. And repeat it they did, matching the record with a win over Peru in the opening match of their 1998 campaign.

They followed it with impressively lopsided victories over Colombia (12-1), Venezuela (14-0), and Chile (7-0) to close out the group stage with a staggering goal differential of +47.

In the knockout rounds, the margins narrowed slightly, with an 11-1 win over Ecuador in the semifinals and a 7-1 win over hosts Argentina in the final that delivered their third consecutive trophy in the competition.