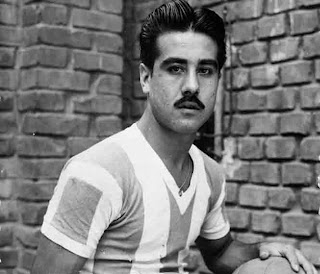 Four of Argentina's previous titles had come at the expense of Brazil, with the teams finishing as champions and runners-up, respectively. In three of them, Argentina won by finishing higher in the final table, though they did beat Brazil along the way. In the 1937 edition, the teams finished level in the table, forcing a playoff that Argentina won 2-0 in extra time.

The 1946 tournament was a shortened version after three teams withdrew, leaving Brazil, Bolivia, Chile, Paraguay, Uruguay, and Argentina, who entered as defending champions after winning it in 1945 (with Brazil again finishing second). They did not play Brazil until the final scheduled match on 10 February. Argentina started the day ahead of Brazil in the table by a single point, meaning they needed only a draw to win the competition.

But playing before a home crowd at the Estadio Monumental in Beonos Aires, it was clear early on that they were not planning to settle for a draw. In the thirtieth minute, a clash between Argentina's De la Mata and Brazil's Chico led to the ejection of both players and an ensuing seventy-minute delay as the officials sought to restore order.

Shortly after the restart, Argentina forward Norberto Méndez (pictured) scored a thirty-eighth minute goal to give the hosts a 1-0 lead. He then scored again in the 55th minute to seal the 2-0 victory.