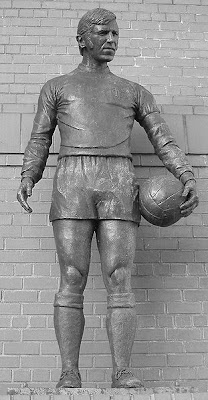 On 2 January 1971, a stairway at Ibrox Stadium collapsed under the weight of exiting spectators, killing 66 people and injuring over 200 others. It remains the worst disaster in the history of Scottish football and is second in Britain only to England's Hillsborough Stadium tragedy.

The collapse occurred in the waning moments of an Old Firm derby between Rangers and Celtic. The match was a 0-0 draw until the 89th minute, when Celtic's Jimmy Johnstone scored to put the visitors up 0-1. At that point many Rangers supporters began to leave.
It the last moments of stoppage time, Rangers striker Colin Stein equalized, causing a loud roar from the Rangers fans still in attendance. After the match, rumors suggested that the stairway collapse was caused by returning Rangers fans climbing the stairs to get back into the stadium, but a subsequent inquiry concluded that it was caused solely by the pressure of fans exiting the stadium.
In 2001, Rangers officials erected a memorial in honor of the victims. It includes the names of all 66 spectators who lost their lives, as well as a statue of John Greig, who was captaining the Rangers side during that fateful match.
Sadly, it was the second such disaster at Ibrox. The first occurred in 1902 during a Scotland-England international when the West Stand collapsed, killing 25 and injuring 517.