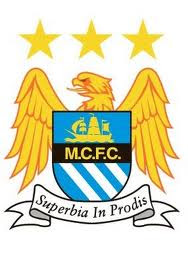 Manchester City was founded in 1880 as St. Marks (West Gorton), but moved to Hyde Road, Ardwick in 1887 and accordingly changed its name to Ardwick A.F.C. Ardwick joined the Football League as a founding Second Division member in 1892, along with 11 other teams, including Lincoln City. During the 1893-94 season, Ardwick underwent a reorganization and reformed as Manchester City FC.