29 January 2011 - Geographically Speaking, It Was The Right Result 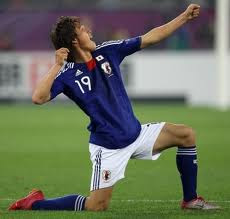 It was only the second Asian Cup for Australia, who previously played in the Oceania Football Confederation. In 2006, they switched to the Asian confederation in the hope that the stronger competition there would improve their World Cup fortunes by improving their team. They took their first crack at the Asian Cup in 2007, but fell to Japan on penalties in the first knockout round. Japan, meanwhile, were old hands in the competition, winning it in 1992, 2000, and 2004.

They played the final before a crowd of 37,174 at the Khalifa International Stadium in the Qatari capital of Doha. Although it featured two of the tournament's top scorers in Australia's Harry Kewell and Japan's Ryoichi Maeda, goals proved difficult to find. At the end of regulation, the match remained stuck in a scoreless draw.

In the first period of extra time, Japan manager Alberto Zaccheroni subbed Lee in for Maeda. Lee had made only one other appearance in the tournament, coming on for Maeda in the 46th minute of Japan's opening match against Jordan, and had not scored a goal. But he rewarded Zaccheroni's faith by scoring from a cross in the 109th minute. Japan held on for the remainder of the match to claim the cup.