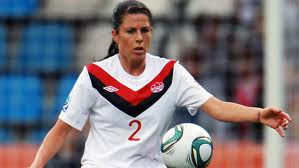 Established in 2008, the Cyprus Cup is a women's invitational competition in Cyprus featuring national teams from around the world. Canada won the first edition, then finished as runners-up to England in 2009 before winning it again in 2010.

Twelve teams participated in 2011, split into three groups of four. At the end of the group stage, the teams were paired up in various combinations in the placement round, with the winners of Groups A and B playing for the title. That year, Canada and the Netherlands were those two teams, with each winning all of their group matches.

In the final, the Canadians took a 20th-minute lead with a goal from Jonelle Filigno. But Dutch striker Claudia van den Heiligenberg drew the Netherlands level twenty minutes later. The teams went to extra time, where Zurrer won the match with only the second goal of her international career (she had scored the first one, also a match-winner, just one week earlier in Canada's opening group stage victory over Scotland).