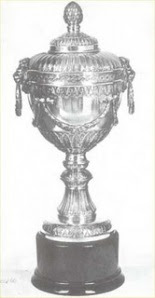 On 17 March 1996, Genoa won the last Anglo-Italian Cup, beating Port Vale 5-2. And the match wasn't as close as the score makes it seem.

Established in 1970, the tournament came and went in different phases until the 1996 edition, which was the competition's eighth and last year, with eight English teams and eight Italian teams participating. They were evenly divided into two groups, then played each team in their group from the other country (Genoa and Port Vale played to a scoreless draw in their group). In each group, the top two teams from each country then advanced to the knockout rounds, where the English played against the English and the Italians played against the Italians until one team from each country reached the final.