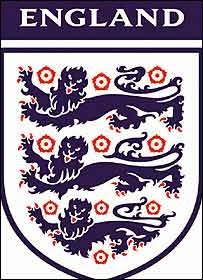 On 16 March 1909, England's amateur side played a friendly against Germany in Oxford, delivering a 9-0 beating that remains Germany's worst-ever defeat. While few details of the match remain, it was the second straight win over Germany for the English amateurs, who had beaten the Germans 1-5 in Berlin the previous year.

Due to the growth of the English league in the early 1900s, the England amateur side was established in 1906 in order to provide a team for players who were good, but not good enough to crack the senior side. The wins over Germany were no flukes, however. Those two matches were part of a greater run for England's amateurs, who were on a ten-game winning streak prior to the match in Oxford. After that win, they rattled off seven more for a total of 17 straight wins before drawing 2-2 with Belgium in Brussels later that month. They won two more matches for a total unbeaten run of 20 before finally losing 2-1 to Denmark in May 1910.
In 1974, the amateur side was disbanded as the FA stopped distinguishing between amateur and professional players. By that time, the amateurs had inflicted record defeats on the Netherlands (12-2 in 1907), Sweden (12-1 in 1908), Belgium (11-2 in 1909), and Hungary (7-0 in 1912, tied with two other matches).
Posted by Brian Seal at 12:01 AM