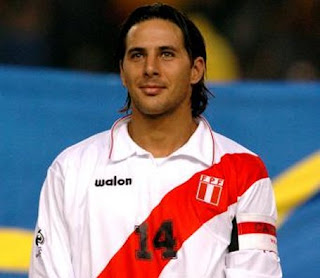 According to a Peruvian journalist, Pizarro and several other players, including Jefferson Farfan, Santiago Acasiete, and Andrés Mendoza, smuggled women and alcohol into the team hotel after Peru's 1-1 draw with Brazil on 18 November and only three days before their 5-1 hammering by Ecuador. Despite Pizarro's claim of innocence, the Peruvian football federation suspended him for 18 months and fined him $80,000.

Although they later reduced the suspension to 3 months and the fine to $10,000, Pizarro appealed to the Court of Arbitration for Sport to clear his name. The CAS overturned both rulings, finding that "[t]he facts put forward by (the federation) in relation to Pizarro were not supported by concrete evidence." Peru, however, has not recalled Pizarro to the national team since his initial suspension.

Peru, who had taken only 2 points from 4 qualification matches before the suspensions, finished at the bottom of the CONMEBOL standings and did not qualify for the 2010 World Cup.

[Update: Pizarro returned to the national team in 2011.]