15 April 1965 - The Pattern Holds For Independiente 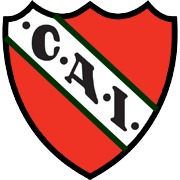 Established five years earlier as the Copa Campeones de América, the tournament had already fallen into a pattern, with Peñarol winning the first two (1960 and 1961) and Santos winning the next two (1962 and 1963). Independiente won the 1964 edition, priming them to follow the pattern and repeat as champions in 1965.

The final was scheduled for two legs, home and away. On 9 April, Independiente won the first leg in Argentina 1-0 with an 83rd-minute goal from midfielder Raúl Bernao. But Peñarol dominated the second leg in Uruguay on 12 April, going up 3-0 in the first 46 minutes en route to a 3-1 victory. Under the rules at the time, the winner was determined on points, not goal differential, so the split results meant that a playoff was required.

For the playoff, the teams met at the neutral Estadio Nacional in Santiago, Chile. There, Independiente surged to a 3-0 lead of their own with goals from Carlos Pérez (10'), Bernao (27'), and Roque Avallay (33'). Peñarol winger Juan Joya pulled one back one minute before the break, but the match finished as a 4-1 win for Independiente after Osvaldo Mura restored the three-goal margin in the 82nd minute.

Peñarol went on to win the 1966 tournament, then became the first team not to repeat as champions when they failed to reach the 1967 final.
Posted by Brian Seal at 12:00 AM