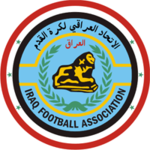 On 28 October 1993, a late Iraqi goal denied Japan their first World Cup appearance in a match Japanese supporters call "the Agony of Doha."

The two teams met on the final day of Asian Football Confederation qualification for the 1994 World Cup. With four of their five matches already played, Japan were at the top of the group with 5 points, while Iraq were three places back on 4 points. A win for Japan would have sent them through to their first-ever World Cup, while the Iraqis needed both a win and favorable results in the day's other two matches.

Playing before a crowd of 15,000 at the Al-Ahly Stadium in Doha, Qatar, Japan took a quick lead thanks to forward Kazuyoshi Miura's 5th-minute strike. The two sides then exchanged second-half goals, with forward Ahmad Radhi equalizing for Iraq in the 54th minute, followed by an 80th-minute goal from Japanese forward Masashi Nakayama to restore the Blue Samurai's advantage. But in the 90th minute, as the Japanese supporters began making their World Cup plans, substitute Jaffar Salman headed a cross past Japanese keeper Shigetatsu Matsunaga. The match ended 2-2, eliminating both Iraq and Japan from the tournament.

Saudi Arabia won the group, while Japanese arch-rivals South Korea took the second and final qualification spot.
Posted by Brian Seal at 12:01 AM