3 June 2008 - A Comparison To Icarus Might Be Appropriate Here 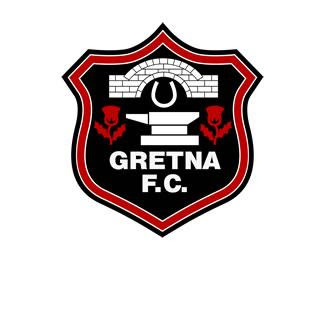 On 3 June 2008, Gretna F.C. resigned from the Scottish Football League.

The club, located in southern Scotland near the English border, was founded in 1946 by soldiers returning home from World War II and played originally in the Carlisle and District League, run by the English Football Association. Despite being a Scottish club, it continued to play in leagues run by England and Wales before finally joining the Scottish Football League in 2002. Gretna entered the SFL's Third Division as a replacement for Airdrieonians F.C., who had dissolved that year.

In 2005, Gretna then began a meteoric rise through the SFL ranks, first winning the Division Three title that year, then winning the Division Two title in 2006 and the Division One title in 2007, and earning promotion to the Scottish Premier League for the 2007-08 season. Along the way, Gretna made it to the 2006 Scottish Cup Final, but lost to Heart of Midlothian on penalties after drawing 1-1 through extra time. Gretna's success during that period was driven in large part by the funds provided by millionaire owner Brooks Mileson.

During the 2007-08 SPL season, however, the club began to struggle. Mileson became ill and withdrew his financial support, leaving the club nearly £4M in debt. Greta began missing payments to its players and, on 12 March 2008, the club's financial woes resulted in it being placed in administration. Later that month, in an effort to cut expenses, the club sacked over 23 players, coaches, and support staff, including captain Chris Innes and eight other members of the senior squad.

Gretna were officially relegated from the SPL on 29 March 2008 after losing 2-0 to St. Mirren, though they went on the win their final SPL match, a 1-0 victory over Hearts. On 29 May 2008, the SFL further relegated them all the way back down to the fourth-tier Third Division as a consequence of their financial situation. The club's administrators were unable to find a purchaser for the club to replace Mileson, so the club officially announced its resignation from the SFL on 3 June and was formally liquidated on 8 August 2008.

On 2 June 2008, Gretna supporters announced the creation of a new club, Gretna 2008 F.C. Officially unrelated to the previous club, the new Gretna plays in Division One of the East of Scotland Football League where it finished in fourth place for the 2008-09 season.